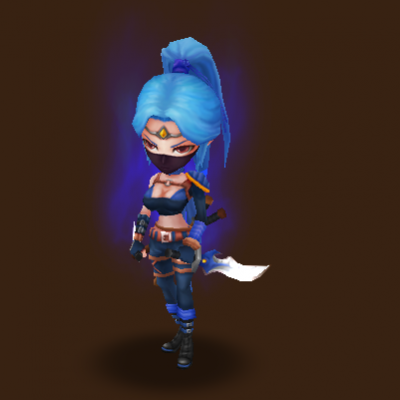 Stella have a decent HP but don’t expect much on her for survivability because her base defence is too low. However what she is laking on survivability has been compensated by her high damage output.

Her first skill basically attacks an enemy with decent damage but one notable debuff on this skill is the defence debuff with 50% chance. This is deadly in the arena.

Her death verdict attacks the enemy 2 times. Each attack has a 50% chance to leave a Brand for 2 turns. Enemies with a Brand will receive 25% increased damage. Expect a huge damage on using this skill. The cooldown of this skill is only 3 turns @max skill.

Stella’s bread and butter is her third skill attacks an enemy and decreases its Attack Bar by 10% for each attack. The number of strikes will increase up to 7 hits accordingly to your Attack Speed. As tested at base speed of 100, she hits 2 times. And every 40 speed an additional attack is added. This will deal a huge damage if she has a high speed.

I would recommend to rune her with Swift/Blade with speed on slot 2 and slot 6 should be attack. Meanwhile on slot 4, put critical damage. Get as much critical rate and speed on substats. In order to fully utilize her skill, use a speed leader(sylphs) and buff her with attack speed (Bernard).

So where you can use Stella?

You can use Tanya in the arena as offence and defence. You can also use her in Giant B10 and Dragon b10. As tempting as it maybe to use her for necropolis farming, do not use her because all speed is normalized in this dungeon so it would turn that her 3rd skill is useless.