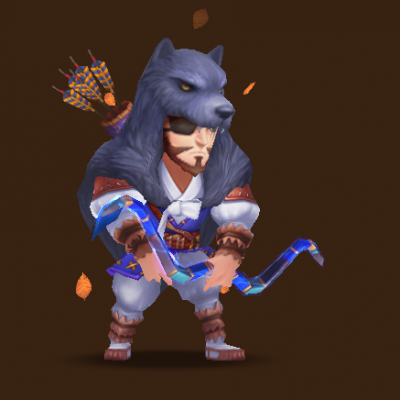 Gangchun has nothing special on him except that his skills are totally build as nuker regardless of elemental advantage. His base HP 8400 for max level 6 star which is pretty decent for a nuker and natural born 3 star.

This beast hunter is helpful during early game, but at mid game this guy will surely fail. If only this guy has higher base speed, most probably he would be helpful but at this moment he is useless.

You can use him at least until 5*. Rune him with Fatal/Blade with attack on slot 2 and 6. For slot 4, put critical damage %. The additional Critical Damage % is to compliment his natural critical bonuses on his skills. To make most of him at later game, rune him with Rage/Blade (ATK/CD/ATK) with the same rationale as earlier but this setup is intended for advance game play.

So where you can use Gangchun?

You can use Gangchun in clearing most of the scenarios and dungeons. He will shine during early game in the arena as a damager.