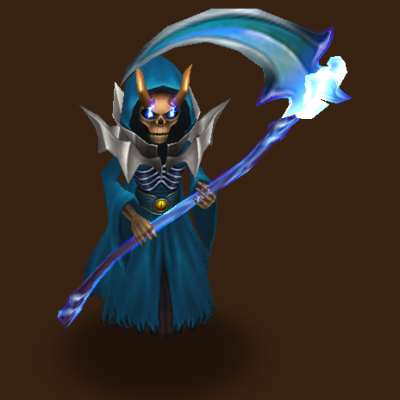 Hemos even though he looks cool and scary, the only problem is that he had a very low HP pool. Very squishy. Because of his AOE 2 turn continuous damage with 100% chance if max skills is actually very helpful in toa, giant, and dragon. His first skill that gained another turn if the enemy dies is very helpful in dealing with Secret dungeons.

Apart from aoe continuous damage this guy have nothing much to offer. He is actually useful during early game in arena defence and offence because of his high damage output. However you wouldn’t be using him much at mid game because he is just too squishy and there are a lot of better monsters than him. But at end game which requires monsters that has continuous damage he will become very handy.

If you want to use him during early game as your main damager, rune him with Fatal/Focus(ATK/ATK/Accuracy). In using him for giant and dragon, rune him with Violent/Focus(HP/ATK/Accuracy). Violent for him to throw in more attack. Focus and accuracy on slot 4 to counter the enemies resistance. HP for him to survive the boss onslaught. Attack rune on another slot for him to help out in clearing the early stages of giant and dragon dungeon.

Make sure to save one because he is one of the materials in fusing water undine.

So where you can use Hiva?