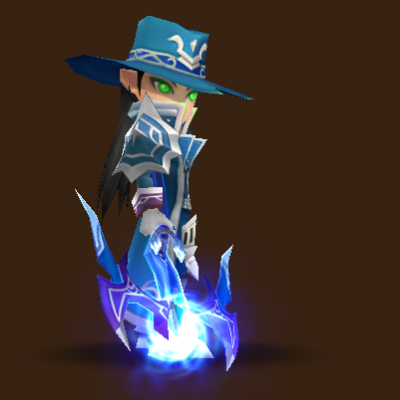 Wayne might looks cool , the only problem is that he had a low base stats. Although he got a decent HP pool for an attack type 3 star monster, he is still squishy. His attack power is not that impressive also. Probably the only thing worthy on his skills is his Ready to Ambush which increases attack bar of all allies by 30% and increasing their attack speed for 2 turns. This is ideal for speed team, however don’t expect much damage coming from this guy.

If you are starting out, Wayne most probably one of the best attack type monster that you could get at early game. But he will fail during mid game as there are a lot of heavy damager during this stage. However, during early game he will rule the arena. And also you can use him to farm the scenarios and early stages of caiross dungeons.

So where you can use Roger?

You can use Roger in the Arena during early and might help in clearing scenario. With the new necropolis map, at least he is of use because of his multi attack. But still he is inferior with Water Pierret.

Not a Bad Monster