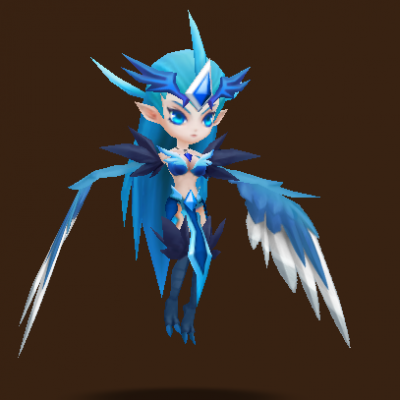 Ramira might be the best water attack type monster that you could get easily. You can get her everywhere. If you are just starting out and looking for one hell of a water nuker considering that arena defence are usually fire, she is your best bet. Her 3rd skill which is a single target inflict a very high damage to a single target with 100% critical rate.  This is so awesome, you just need a huge critical damage and attack%, you have a scary water nuker. As a general rule any monster that has a single target attack as it’s third skill is a killer. It can one hit delete.

Her second skill is basically attacks the enemy with 2 consecutive kicks and stuns the enemy for 1 turn if you get a Critical Hit. I would recommend building her as a nuker. If you go to this path rune her with Rage/Energy(ATK/CD/ATK) and get as much attack % and critical damage % as substats.

So where you can use Ramira?

Early Game farmer. You can use her also in the area as your primary water nuker. You can also use her in the Early stages of caiross dungeon. But for giant b10, her base HP is not enough to even reach the boss.