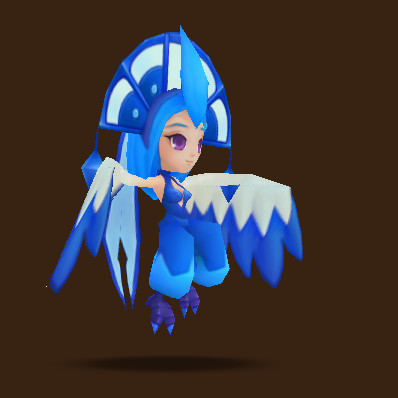 Sisroo looks cool however the only problem is that she had a very low base stats. Her base HP is not quite impressive so making him tank is not an option. Her base attack is also low considering she is an attack type. Speed wise, she is ok because she had 106.

Her first skill blackout kick attacks an enemy two times each has a chance to decrease the enemy’s attack power with 70% chance at max skills. This debuff at least make some worth of her.

Her second skill attack an enemy three times and disturbs the enemy recover.

For her third skill, at least this is decent attacking all enemies and decreasing their attack speed for 2 turns. This is quite handy if you are building a speed team.

If you want to build her for arena and TOA, I would recommend Despair/Focus with slot 2 and 4 as ATK. And on slot 6, use accuracy. The Despair runes is for her to maximize the accuracy she needed to land all those debuffs.

The first and second skill of Sisroo is quite useful in clearing up necropolis which requires multiple hits. Her first attacks 2 times while her second skill 3 times. That would be ideal. If you go to this path, I would recommend building her with violent/Energy(SPD/HP/ATK or SPD/ATK/ATK)

So where you can use Sisroo?