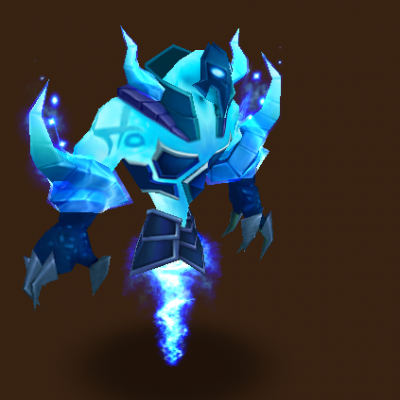 The base stats of Purian is quite disappointing. His base HP at awakened max level 40 is only at 7410. Very very squishy. His attack is also not that high. Base defence is at least decent. But the problem really is, it is his speed. Maybe at early game, having a slow monster is not a problem. But at mid game, it would be a big consideration regarding speed.

Even though his base stats really sucks, he redeemed himself because of his third skill Adrenaline which basically fills the Attack Bars of all allies by 50% and increases their Critical Rate for 3 turns. Basically this is pretty useful, considering that attack bar increase matters in the arena as much as speed. He is very ideal member of nukers because of the critical rate buff. This is actually a big problem for most of the players since on slot 4 the preferred stats is critical damage% which relies solely on luck to inflict much damage. But if you have purian which generally buffs all allies every 3 turns which critical rate, that would be very very helpful.

There are some many ways on how to rune him, depending on your needs you can select which you preferred.

So where you can use Purian?

He will be your primary nuker in the early game because he really hits hard. On later part of the game, he would still be useful but requires insane godly runes.