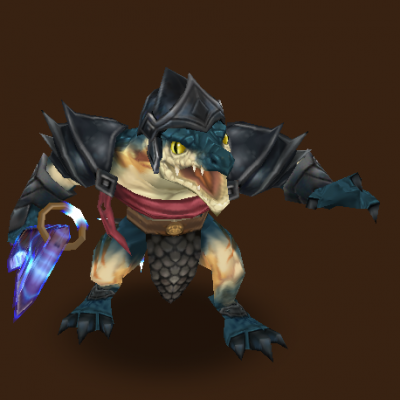 There were a lot of tanks in summoners war game, but their skills and base stats contradict with each other. Not unlike Kernodon and the rest of Lizardman because his skills and stats totally compliment each other. Additionally the passive skills of Kernodon, that basically decreases the inflicted damage from opponents of Wind attribute. So basically Kernodon debunk elemental advantage makes him very suitable as tank.

Kernodon base stats are not that quite impressive. His base HP is low, but his defence is quite high. The base attack is very low too. However if you look into his skills, all are basically scaled through defence. The speed is also ok. Not high but not low.

His first skill attacks an enemey 2 times with damage proportional to max defence while inflicting continuous damage for 2 turns and weakens the defence with 25% chance @max skills.

Meanwhile, Kernodon  second skill poisonous wind attacks all enemies and inflicts continuous damage for 3 turns with a 50% chance. The Attack Power increases according to Defense and the damage increases by 30% for each inflicted harmful effect.

With the skills he have and his primary attribute,  I recommend to build him Violent/Revenge(DEF/DEF/Accuracy). Violent rune for him to throw more attack thus inflicting more debuffs. Revenge suits him well because he is built to tank more and regardless of how big the damage is, he can take it because he got a huge defence.

The only problem with defence type are those monsters that ignores defence like Lushen. Watch out for Lushen skill, Velfinodon will die so better kill Lushen first. And protect Kernodon for any defence debuffs.

So where you can use Kernodon?

You can use Kernodon as a tactical monster in the arena. He can be on the offence and defence. Because this guy can inflict continuous damage, and will not easily die he is suitable to be used in running Giant B10 and Dragon B10 dungeon. Kernodon can also be used to solo farm Faimon Hell.