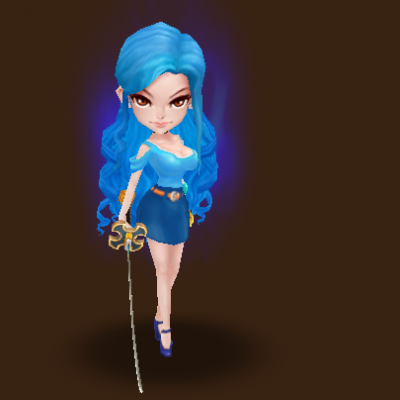 Emma is support monster which generally helps a lot in the arena and toa. Her first skill attacks an enemy two times and each attack has 25% chance to increase the chance of the enemy to land a glancing hit for 2 turns. That would be helpful in the arena but don’t expect huge damage though.

Let’s take a look on her second skill Cutting Magic which basically attacks an enemy and then removes all beneficial effects on the target. If there are 2 or more beneficial effects removed, the Attack Bar of all allies will be increased by 20% each. He is a pretty good partner of monsters that inflict debuffs such as Baretta.

Her first skill and second skill is already awesome. But her 3rd skill is more awesome. Emma heals all allies for 30% of your MAX HP and increases their Defense for 2 turns. This skill generates a shield that lasts for 2 turns and is equivalent of half of the excessive heal..This lady is full pledge support monster. Just don’t expect her to deal some damage.

You can rune Emma basically with anything and she will perform well.

So where you can use Emma?

You can use him in arena offence, toa and Giant as crowd control specialist and healert.