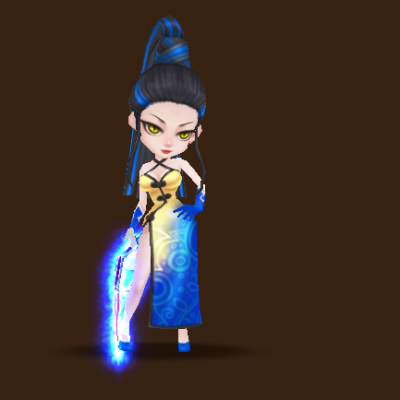 Su is a great monster with her monstrous damage and combo skills however her only problem is her squishiness. Her base HP is just 9885, it’s very low considering she is a natural born 4 star. Her base attack is decent, not that impressive. Although her base stats are mediocre in comparison with the sylph’s, he made up for it by her skills.

Her first skill can inflict attack speed debuff with 80% chance @max skills and the damage is scaled through her max speed. This is pretty helpful in dealing with speed team.  Su’s second skill attacks an enemy 3 times and inflicts continuous damage for 2 turns if this lands as a critical hit. This make her as an ideal farmer for dragon and giant dungeon especially in making a speed team.

What makes Su a pretty good monster is her third skill that guarantee a stun if the enemy got 2 harmful effect. Not only that it can this attack is a single target skill and will deal a very huge damage. Apart from dealing a big damage on the enemy, he recovers 50% of the damage dealt as HP.

So where you can use Su?

You can use him in arena, toa as a DPS while for Giant you can use her as your dotter.