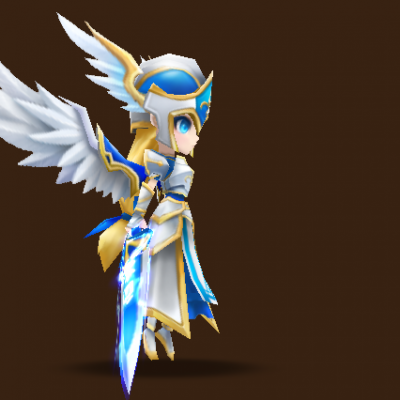 If you encounter Camilla in the arena most probably you will have a hard time killing her especially when accompanied by a good healer such as Chasun. Let me explain to you why. Camilla at max level 6* have a huge base HP of 12k and base defence of 626. That would make her one hell of a tank. Not only that he got a huge base stats but also her skills compliment them.

Her 3rd skill a passive one which reduces the incoming Critical Damage by half, and removes the weakness effects on the character. Additionally, it recovers 10% HP each turn. This skill would make her a very annoying opponent in the arena.

Camilla’s second skill attacks an enemy that deals damage proportionate to the enemy’s Max HP. This is pretty good against tanks and Dungeon Bosses. She is very helpful as your main DPS in running giant and dragon b10 dungeon.

The first skill of Camilla makes her an ideal faimon farmer because her second skill [Seal of Water] is automatically activated if the enemy dies. This is very helpful also in Secret Dungeons.

I would recommend to rune Camilla with Violent/Revenge(HP/HP/ATK) for more turns. You can put speed also on slot 2 for more turns. She can also have all HP% on all slots but don’t expect much damage though.

So where you can use Camilla?

You can use him anywhere but Allen is most effective against high HP opponent such as TOA and Dungeons.

7.5
Post a Review Please not that each user review reflects the opinion of it's respectful author.